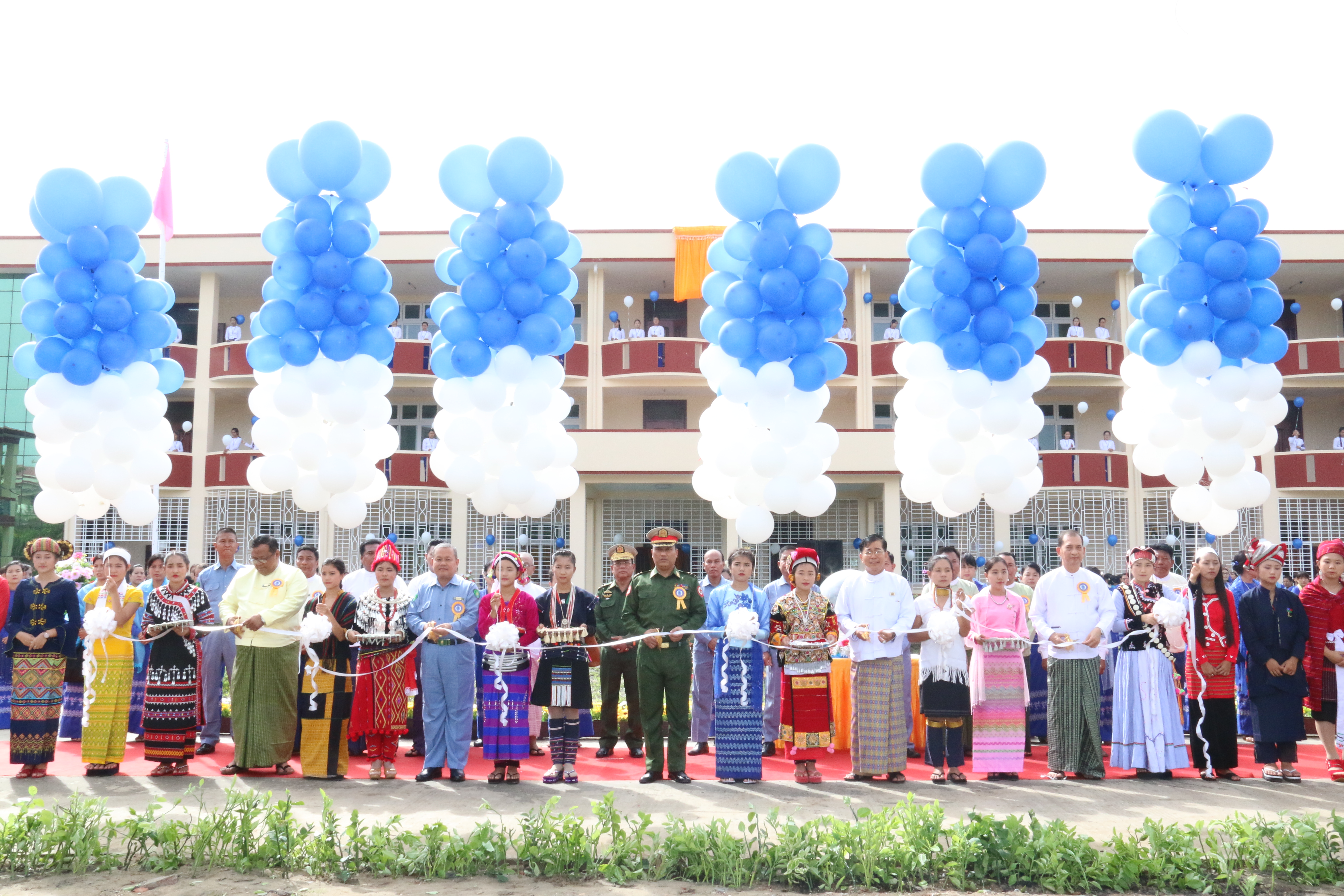 A three-storey hostel, a two-storey building dining and a two-story library built with the funds allocated for the 2017-2018 financial year for Nationalities Youth Resource Development Degree College (Yangon), Department of Education and Training (DET), Ministry of Border Affairs, were opened at the degree college in Yangon yesterday.
The opening ceremony was attended by Union Minister for Border Affairs Lt Gen Ye Aung, ministers from the Yangon region government, director-general of DET, as well as the principal, professor, faculties and students from the degree college.
At the ceremony, the Yangon region minister for security and border affairs and the Yangon region minister for Rakhine ethnic affairs and the director-general of DET, principal of the college, and the official in charge of the construction of the buildings cut the ceremonial ribbon.
The construction company handed over to Principal Dr Min Thant the documents related to the buildings. The union minister, guests and ethnic students then took documentary photos. The union minister and his delegation visited the new college buildings.
The union minister and his delegation met the faculty members and students at the convocation hall and gave cash assistance to the students. Some 1,049 ethnic students from border areas across the nation are attending the degree college. In the afternoon, the union minister and his delegation arrived at the Central Training School and met the principal, lecturers and trainees. The union minister attended to the needs of the principal and lecturers and looked into the construction site at the Central Training School.—Myanmar News Agency