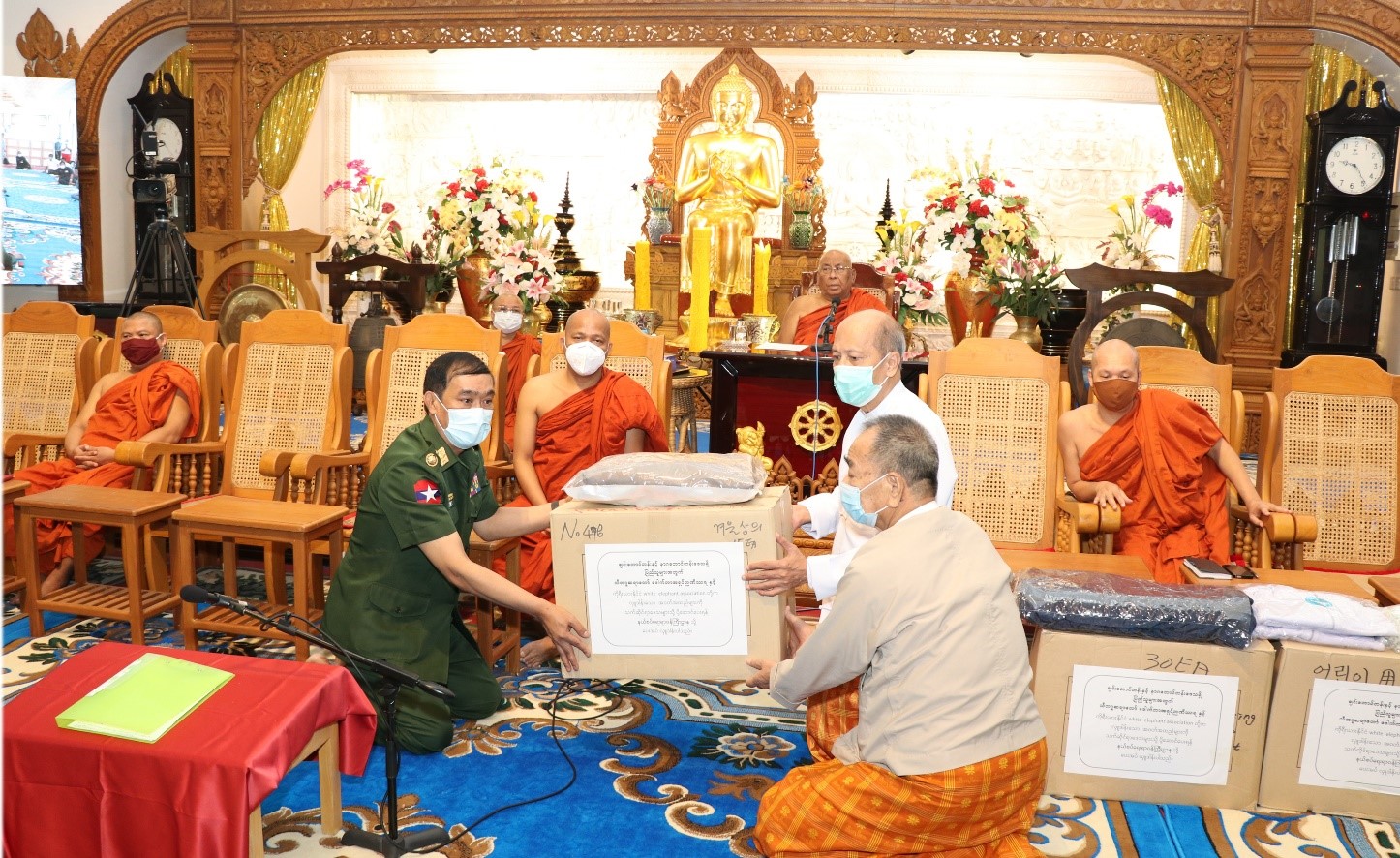 Sitagu Sayadaw Dr Ashin Nyanissara, the Chancellor of Sitagu International Buddhist Academies, presented clothes and other items donated by the well-wishers in the Republic of Korea, for the people living in Naga Self-Administered Zone and remote areas of Chin State yesterday.

The ceremony to hand over the items was held at the Sitagu International Buddhist Academy in Dagon Myothit (north) Township, Yangon, through the Ministry of Border Affairs.

The Sitagu Sayadaw said that the donation items will be useful for the locals in far-flung areas in facing against severe weather in rainy season.

The donation included 49,898 items in 16 kinds, including jackets, trousers, shoes and baby wears.